If you want to protect your business from a disaster, then it is wise to invest in a dedicated fire alarm system. These systems have many different components that work together to alert authorities of a fire. One of the main components of the system is the detector in the smoke alarm itself. You may not know this, but there are two different types of detectors that may be held in the smoke alarms. Keep reading to understand what they are, how they work, and which one may be best for your needs.

Ionization detectors are one of the two main types of detectors that may be inside your fire alarm. This type of device works with the help of an electrical charge and radiation that connects one small metal plate to another. The charge or radiation is produced in a somewhat complicated manner. Basically, the charge is created by the degradation of an isotope that sits between two metal plates. As the isotope breaks down, it ionizes. This process involves the removal of an oxygen atom from the surrounding air. The delicate balance of ionization disrupts the charge between the two metal plates. The disruption is what sets off the smoke alarm.

While the detector in the alarm does use chemical ionization, the complete process is both chemical and electrical, which means that the battery is necessary to help the unit function. You should keep this in mind if you opt for an ionization smoke detector. Also, while radiation can be produced for a long time by the isotope in the device, the smoke detector may need to be completely replaced after some time. In general, it is wise to replace smoke alarms every 8 to 10 years.

The other main type of detector is the photoelectric variety. These devices work a lot differently than the ionization ones. The smoke alarms have sensors with diodes that release a beam of light from one side of a chamber to another. As the diode releases the beam, another part of the device senses whether or not the light has been disturbed in some way. Basically, light is scattered in the chamber part of the sensor, and the alarm goes off if the bits of light do not hit the photo sensor. This sensor is typically called a photocell.

Photoelectric smoke detectors need batteries so the unit can produce the light beam. They also need power for the photocell to work properly. In fact, the units use much more battery power than the ionization smoke detectors. It is best to check the batteries often to make sure they are working. A check about once every six months is a good idea.

Which Detectors Are Best?

When deciding on the best smoke detector for your home or business, you may be torn between the two basic types of products. You should understand that the ionization units are much more sensitive than photoelectric varieties. This means that a small puff of smoke from a cooking mishap may cause the detector device to go off. You should also know that the units may be a bit more sensitive to things like steam. If you are planning on securing the smoke detector near a kitchen, then an ionization one may not be the best choice.

Photoelectric units probably should not be placed in areas with high ceilings. Since they are not nearly as sensitive as the other types of smoke alarms, they might not go off until smoke reaches high in the air or when the smoke accumulates more significantly. Also, since the smoke alarms will need to have their batteries changed more often, it is not best to place them in relatively hard-to-reach areas. 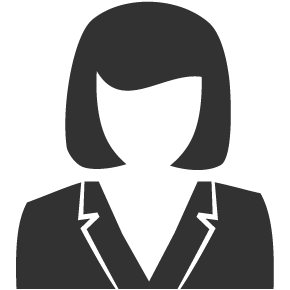